A unique community of believers

2022 will mark 100 years of Trinity being part of the West Bend community. You can find us on the corner of 7th Avenue and Elm Street. Handicap entrances are located on the west side of the building (upper parking lot off the alley) and/or on the south side of the building (lower parking lot). Our mission is to ‘Share the love and promise of God’ and our welcome is wide open.

Trinity is part of the greater ELCA synod. We were the first Reconciling in Christ congregation in Washington County. We believe this is Christ‘s church and, as such, there is a place for you here—come as you are.Trinity is a unique community of believers made up of people just like you who are searching for answers, meaning and focus in a world that is ever-changing. We know we are not perfect, but we strive to be a warm and diverse community where all are valued equally, where ‘real life’ is welcome and where we know that God’s love and grace for each of us is unstoppable. 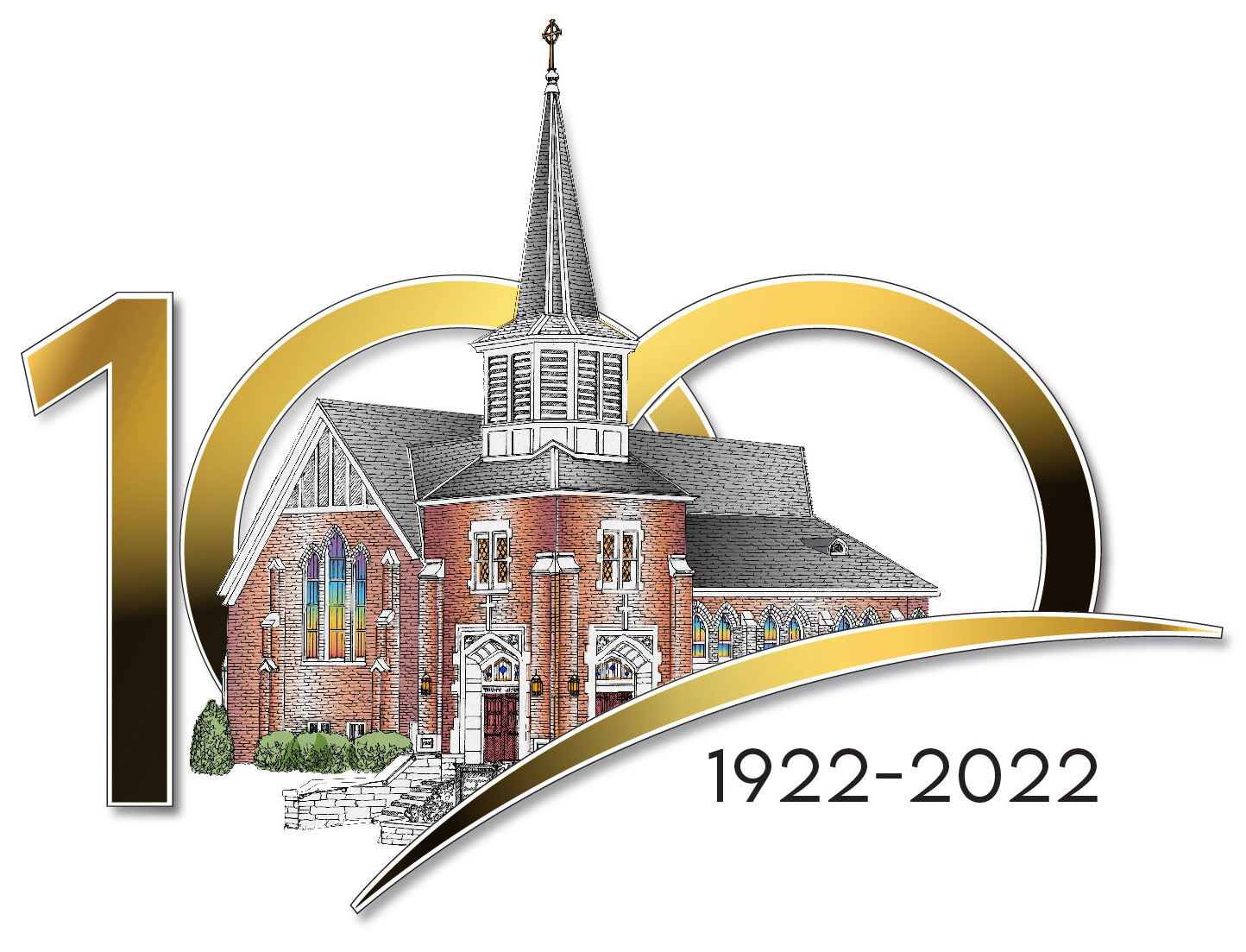 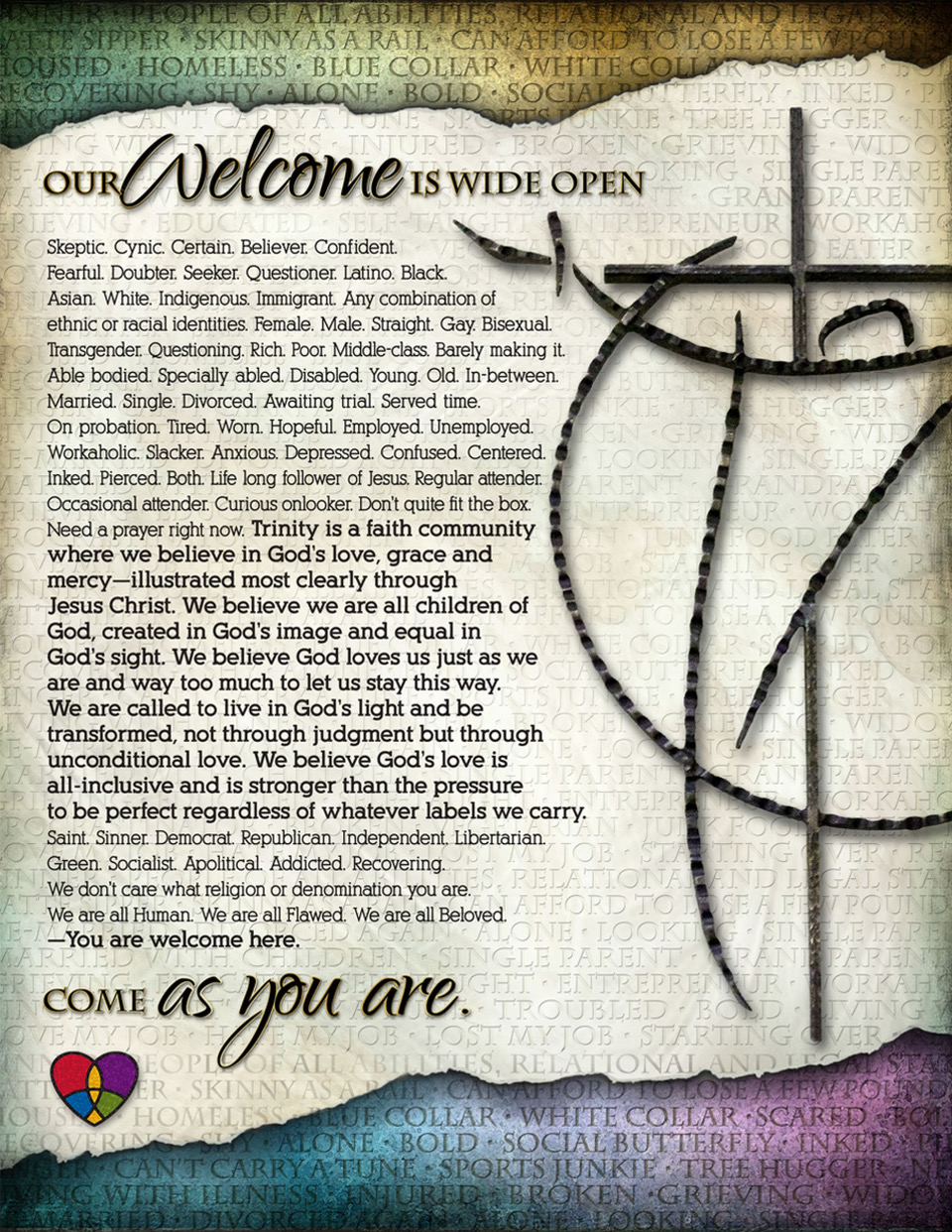 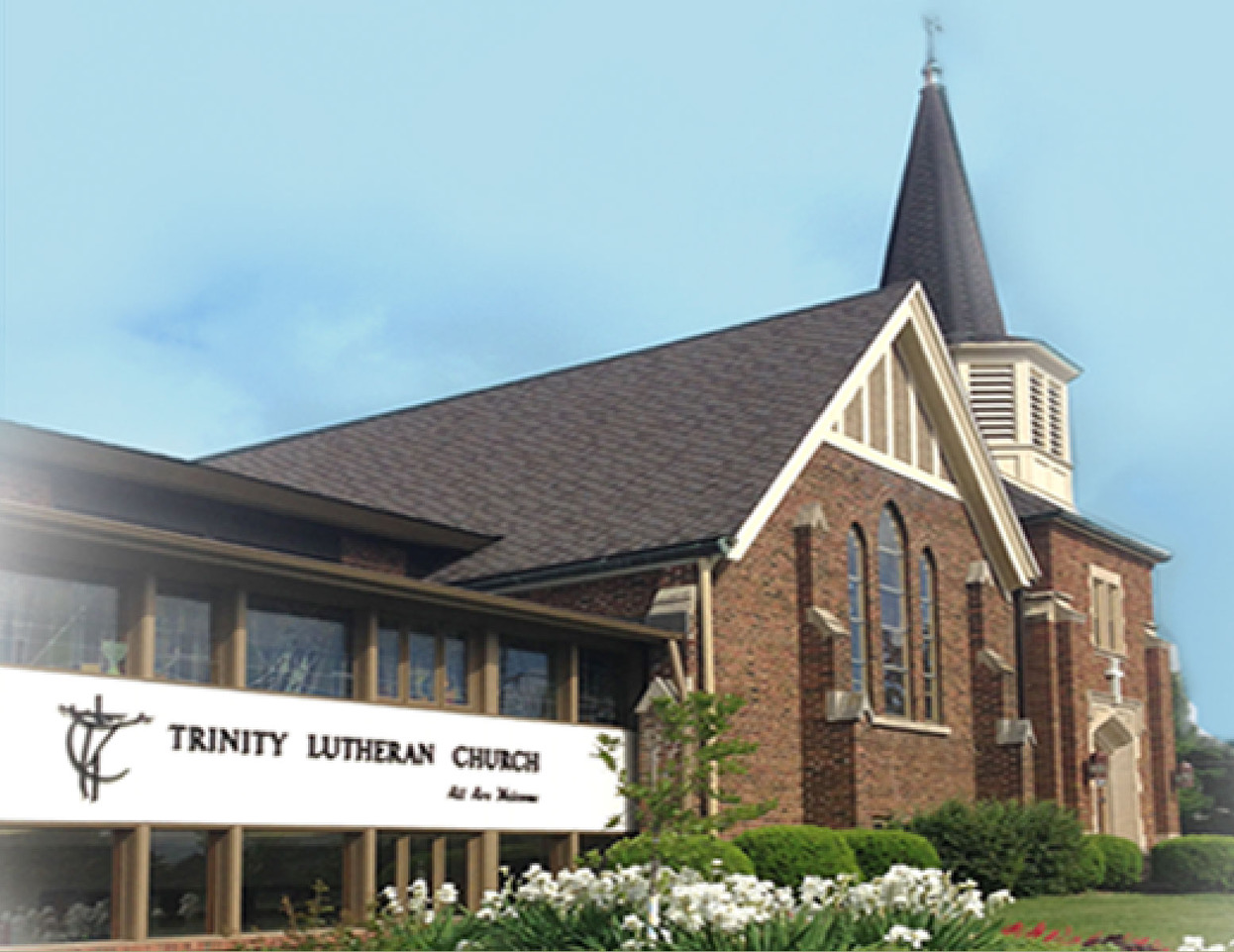 Before COVID-19 the average attendance was approximately 225 children and adults spanning the generations. We invite you to join us as you are able, in-person or through the many online worship and daily devotion opportunities available here, as well as on YouTube and Facebook. Please contact our office or pastors with any questions you might have. We hope the further we are able to distance ourselves from the pandemic, the more we will be able to get acquainted and welcome you the way we were used to (pre-COVID) as part of the wonderful, ever-evolving ministries and community happening here at Trinity. 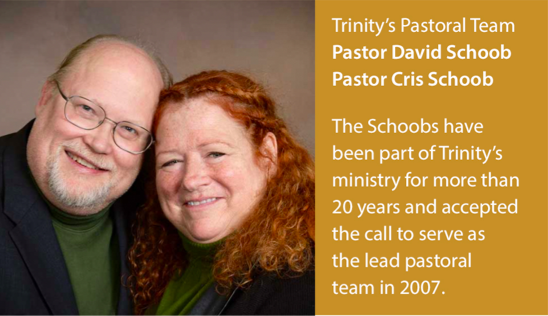 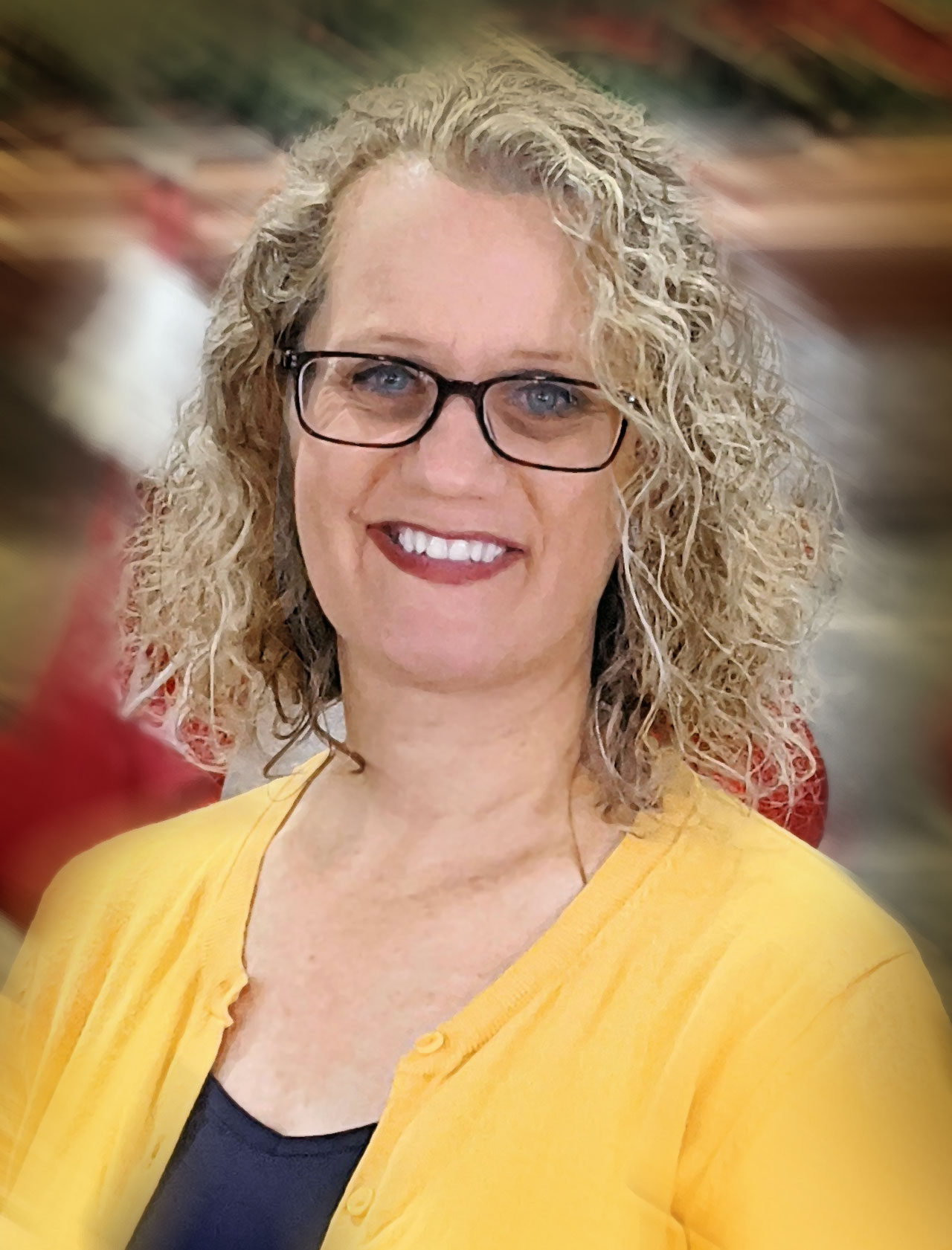 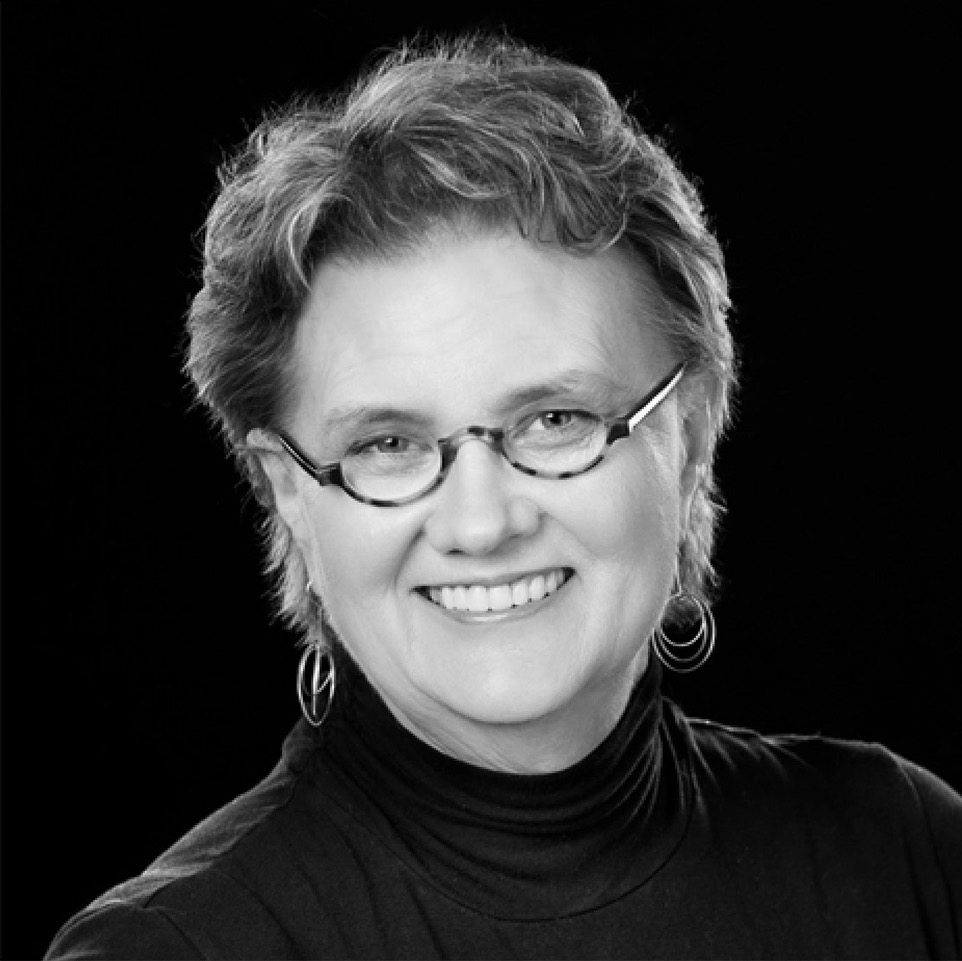 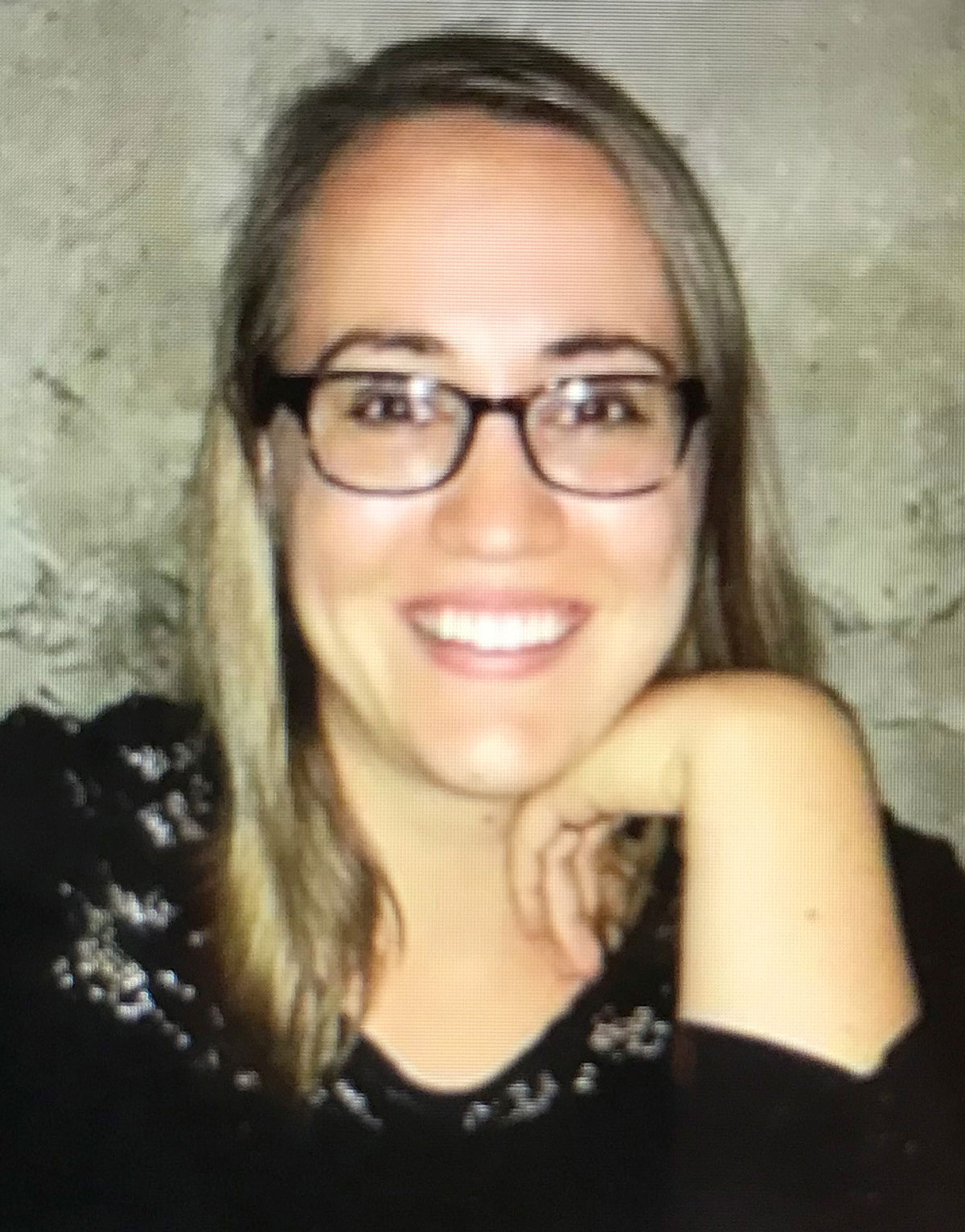 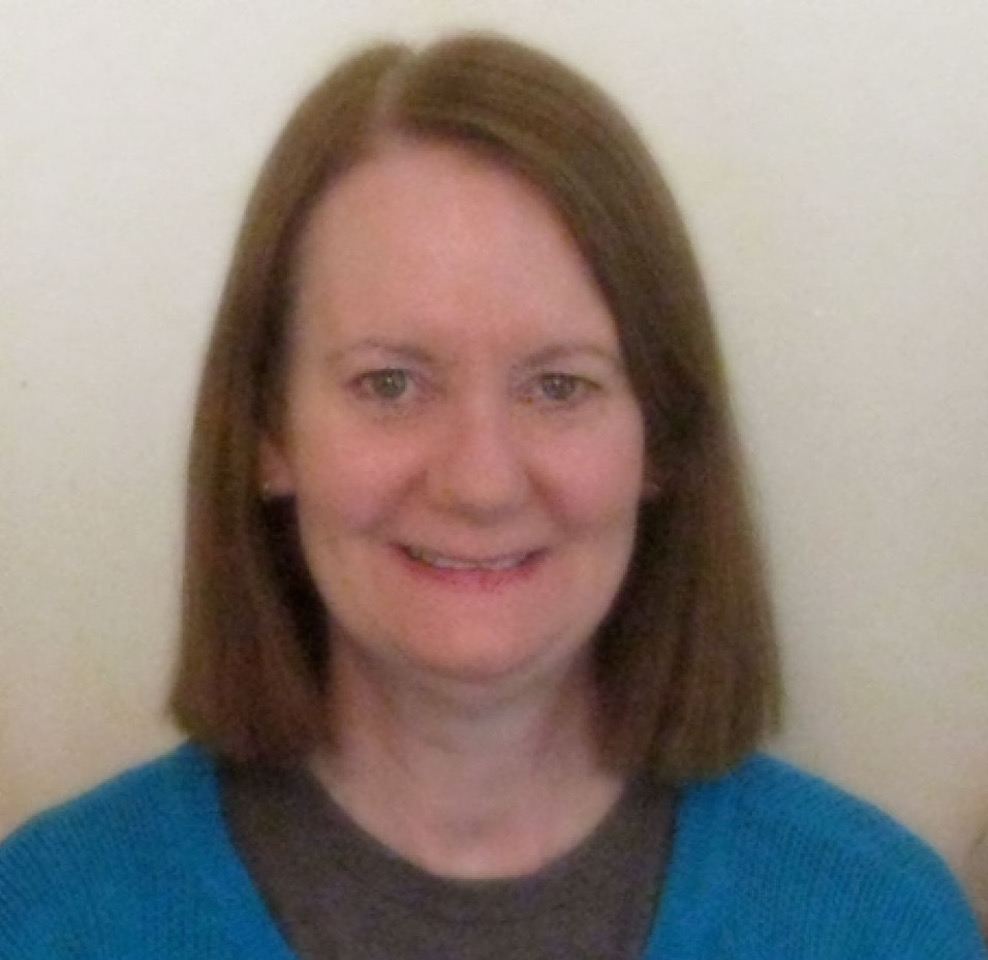 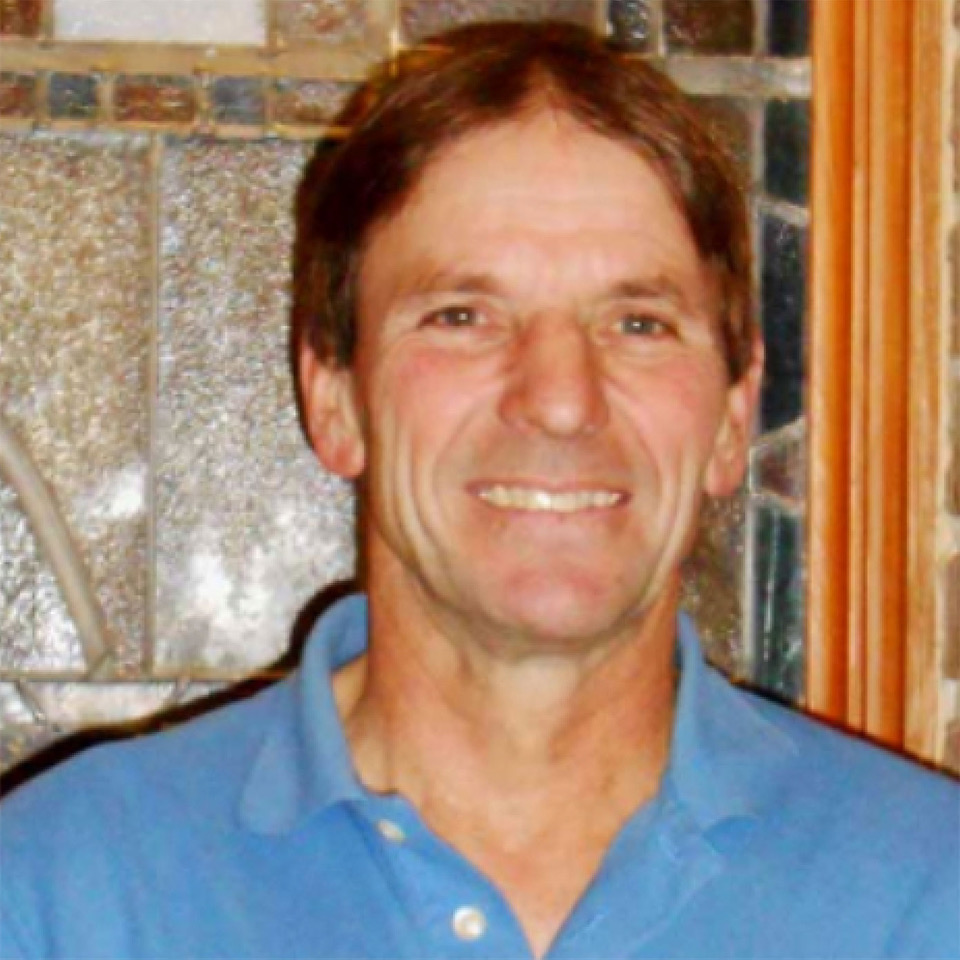 Trinity’s seeds were planted 100 years ago! 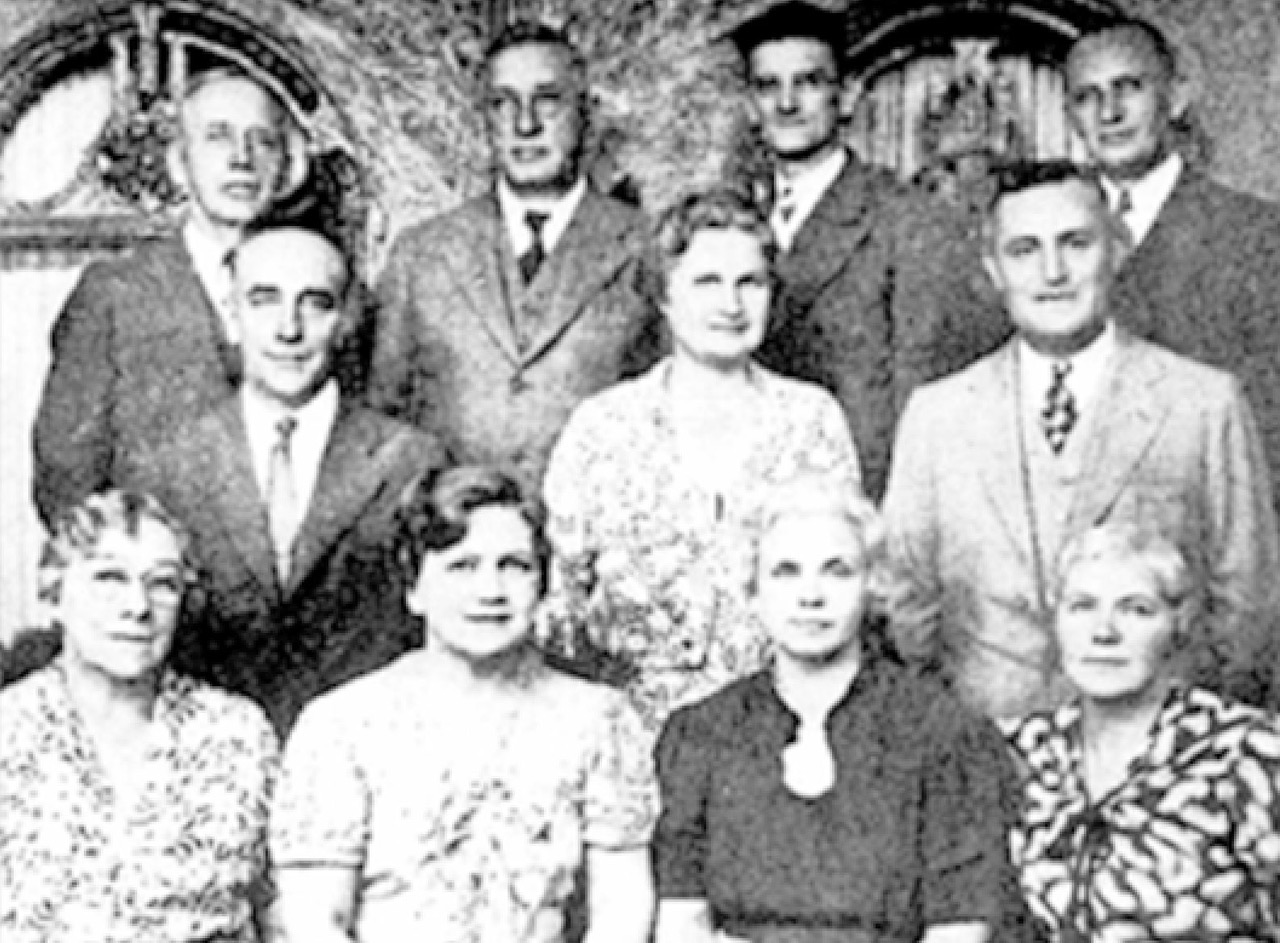 In the spring of 1922, a small group of Lutherans began meeting in a rented room over Poull’s Department Store (now the old Ziegler Company building). Field Missionary Reverend William Stump traveled to West Bend every weekend to conduct services there and to visit the homes of Lutheran families. It was the only church in West Bend where services were conducted in English vs German.
On September 19, 1922, twelve Lutherans met with Pastor Stump in the home of one of the members and took action to call a permanent Pastor. Reverend Paul Wetzler became the first pastor of our church in February of 1923. On April 1, 1923, the charter was closed with a total of 49 members.

At the first congregational meeting on May 4, 1923, with a membership of 47 voting members (26 families), the purchase of the lot on which our church now stands was authorized and a building committee appointed. In July of 1923, the mezzanine floor of the Masonic Temple was rented in order to hold Sunday services and conduct Sunday School classes.

The building committee was authorized to proceed with the construction of the church on July 18, 1926. Membership at the time was 43 families consisting of 88 members. The church was completed in December of 1926 with the first service held December 12, 1926. In December of 1932, our pipe organ was purchased and first played at the Christmas Eve services.

Expansion and Mid-Century | Consideration toward acquiring a new church site on the former Johann farm property (where the YMCA is now located) began in 1952. In the end however, they chose to expand the original building with construction starting in October of 1956. Dedication to the newly expanded church took place on November 17, 1957. 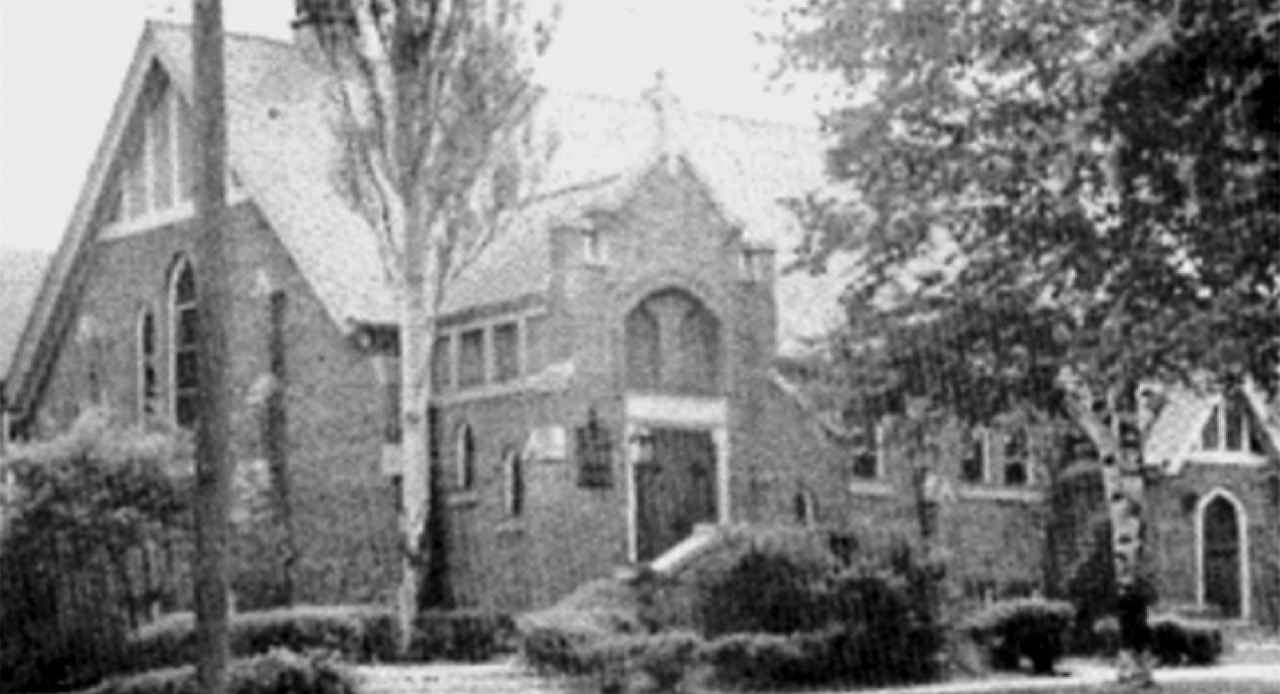 On January 19, 1959, the official name of the church became Trinity Lutheran Church. Later in 1959, the church acquired a parsonage on Fifth Avenue, and due to continued growth, the congregation purchased the adjacent Lochen property on March 18, 1962. The nearby Handke property was also purchased four years later.

In 1967, Trinity began the radio broadcast of their worship services through WBKV /1470 AM each Sunday morning, which continued until 2018.

On May 6, 1973, a longstanding dream became reality as ground was broken for the new educational unit. Dedication for the educational unit was on June 2, 1974. The congregation was introduced to ‘women clergy’ during Pastor Carmala Aderman’s seminary internship from 1984 to 1985. In 2020, the ELCA celebrated the 50-year anniversary of the ordination of women.

In January of 1997, Trinity added a contemporary option to their worship experiences, the Created to Praise service. This alternative worship opportunity features contemporary Christian music and liturgies that coordinate with the theme for the day and has become the most well-attended of Trinity’s current worship services. 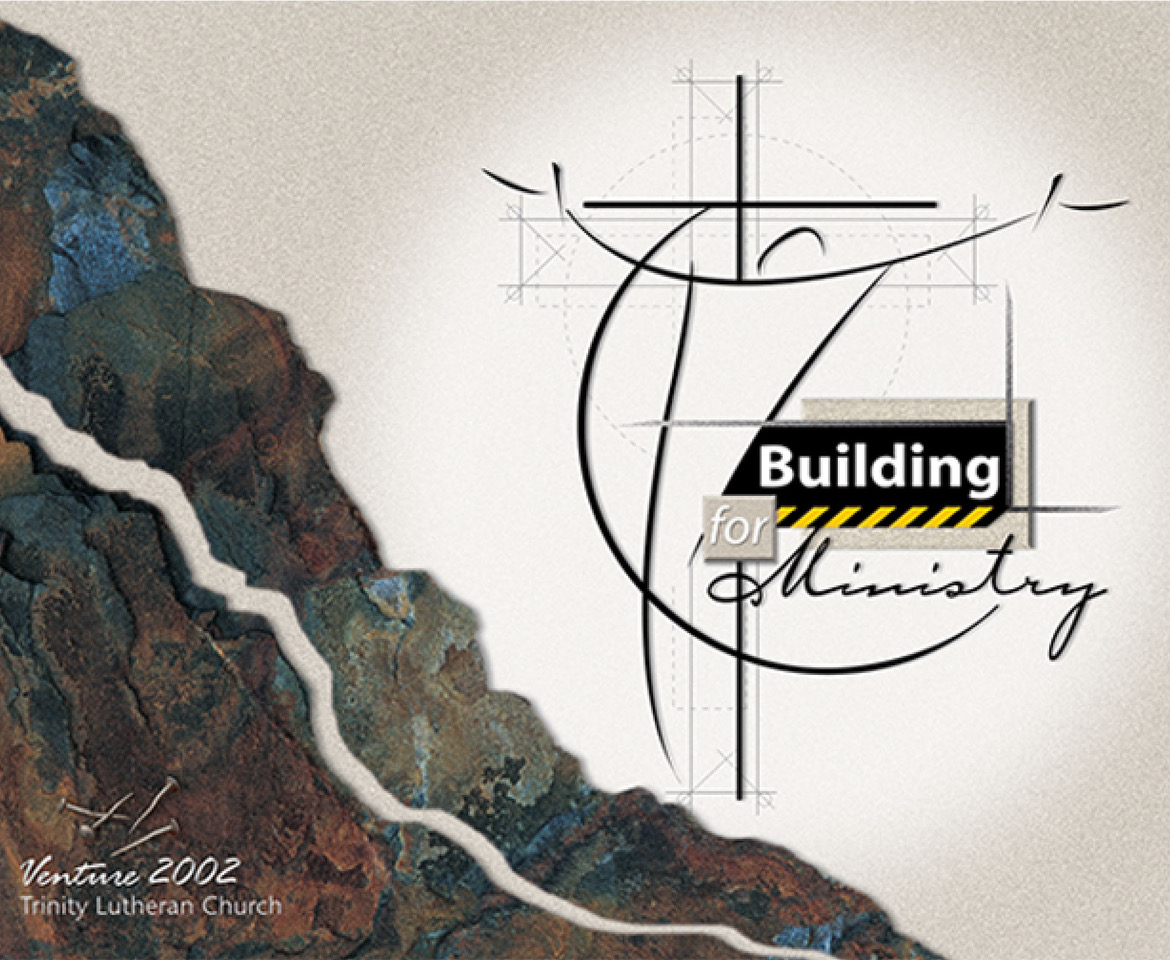 Beginning in Trinity’s 80th year, the congregation focused on building for ministry by renovating the church, adding spaces that enhanced fellowship, study and community outreach, as well as adding an elevator and accessible bathrooms so that all God’s children could worship with us. Going beyond brick and mortar, Trinity expanded adult day care in partnership with LSS (Lutheran Social Services) and The Threshold, and committed itself to the care of individuals in the community by entering into partnerships that provide counseling for those in need. When, several years later, the Threshold was gifted their own facility the space they occupied at Trinity transitioned to use as a children’s day care center.

In 2017, the Trinity congregation, following their commitment to their mission to ‘Share the love and promise of God’,voted to became the first Reconciling in Christ congregation in Washington County.